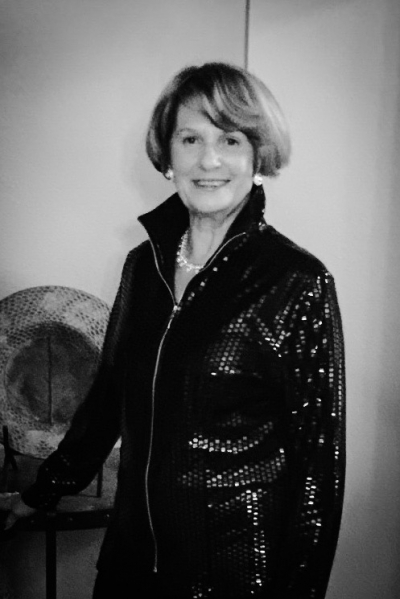 With deep sadness for her Family and many Friends, the bright spirit and gentle kindness of Reneé L. Gielow passed from this world at her home, under Sutter Hospice Care, in Roseville, CA. Reneé's short, but heroic battle with pancreatic cancer, was fought with the same courage, determination and positive attitude which was the hallmark of her life.

She married Chuck in September, 1988 and inherited three new children, Richard Gielow (Cara), Lynn Lee (Lester) and Laurie Kiely (Mark) and one grandson, Charles Scott Gielow (Chad), all of whom were able to assist and care for her in her final days. Known affectionately as “Ne’” to her family and grandchildren, the one grandchild soon grew to a total of seven, and Chad’s wife Ashlyn, Jordan Gielow (Jamie), Nathan Lee, Riley Unverferth, Jenna Gielow, Brandon Lee, Jill Unverferth and one great granddaughter, Jean Hazelle Gielow.

Reneé's early years were spent in Pleasanton where she attended Pleasanton Elementary and Amador Valley High School, graduating in 1960, where she participated in Cheer as a pom pom girl. She retained her close friendship with many of her high school classmates and was a member of the AVHS 1960 Class Reunion Committee. Her heart never left “Main Street” Pleasanton and she held many memories of 4H Club activities, tennis at Castlewood Country Club, Mardi Gras fundraisers with the Pleasanton Junior Woman’s Club and leading fitness classes for the Pleasanton Recreation Department.

In 1987, Chuck and community friends held an annual outing to attend the opening night at the Oakland A’s and he invited her to attend with the group. While they had known each other for some time in the community, she always insisted it was not a date. That lasted one week, until he asked her out for the next date. The relationship grew quickly and they shared many happy moments in the courtship.

Chuck and Reneé lived in Pleasanton until September, 2005 sharing time in their vacation homes in Santa Cruz and Graeagle, CA. They relocated to Marana, AZ for winter months and Graeagle for summer months. Leaving AZ, they settled first in Graeagle before moving to Roseville in 2014. While she once insisted she would never live in a Sun City Community, she soon found the Fitness Center and became an active participant in many of the fitness classes held there, often providing good-natured assistance to the fitness directors. She loved the family gatherings with all the grandchildren for holidays, vacations and Sunday Night dinners. Her Life was full maintaining her home, working in her garden, visiting with her fitness class friends.

Her kindness touched everyone and if you knew Reneé, you were a friend of Reneé. She is already missed by everyone who knew her.

A Celebration of Life Service will be held for Reneé on Friday, June 10, 2022 at the Timbers Creek Lodge, in Sun City Roseville at 11:00 AM with lunch following and friends are welcome. In lieu of flowers, the family would like to suggest a donation to the Pancreatic Cancer Action Network, http://support.pancan.org/goto/reneegielow

Photo Gallery
0 photos Upload a photo
Remembrances
0 entries Submit a remembrance
Memorial service
A Celebration of Life Service will be held for Reneé on Friday, June 10, 2022 at the Timbers Creek Lodge, in Sun City Roseville at 11:00 AM with lunch following and friends are welcome. Address for the Celebration of Life Service is: 7050 Del Webb Blvd., Roseville, CA 95747
Make a donation
In lieu of flowers, the family would like to suggest a donation to the Pancreatic Cancer Action Network, http://support.pancan.org/goto/reneegielow
About this site     Contact us