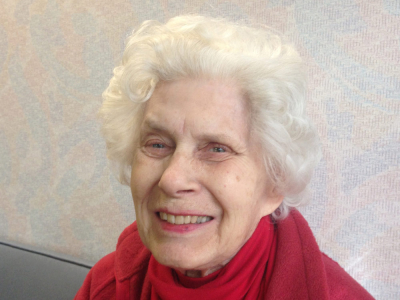 Janet Lilyan Hokanson passed away in Livermore, CA, on April 26 at the age of 90. She was a beloved wife and loving mother and modeled a life of love and service to her family and friends.

Janet was born in Hayward, CA, and graduated from Hayward High School in January 1949. She worked for 20 years for Montgomery Wards, mostly in auditing, at stores throughout the San Francisco Bay Area. Her father led the well-regarded Harold Heiser Dance Orchestra, and Janet grew up social dancing several nights a week at major hotels and picnic sites throughout California.

Proud of her Danish heritage, Janet joined the Danish Sisterhood in America in 1948 at age 16, remaining a member for the past 74 years. She was also a past member of the Valborg #1 lodge of the Dania Ladies Society Dannebrog of California and Nevada.

In 1968, Janet married Charles Hokanson, Sr. After living in Castro Valley, CA, a couple years, they built a home in Pleasanton, CA, where they moved in 1970 to start a family. She lived in Pleasanton until 2019, when she moved to an assisted living facility in Livermore.

Janet is survived by her devoted sons, Charles Hokanson, Jr., of Tampa, FL, and Craig Hokanson of Pleasanton, CA. She is preceded in death by her husband, Charles Hokanson, Sr., her son Chris Hokanson, her parents Harold, Sr. and Eva Heiser, her brother and sisters-in-law Harold, Jr., Maudie Sue, and Maurine Heiser; and her nephews Ron Heiser and Harold Heiser III. Janet’s generous, loving spirit and joy of life will be missed by all who knew her.

Memorial service
A Christian funeral service was held on May 4 at the Chapel of the Chimes Memorial Park and Funeral Home in Hayward, CA.
Make a donation
Charitable donations may be made in Janet’s memory to the Valley Humane Society, 3670 Nevada Street, Pleasanton, CA 94566. https://valleyhumane.org/
About this site     Contact us