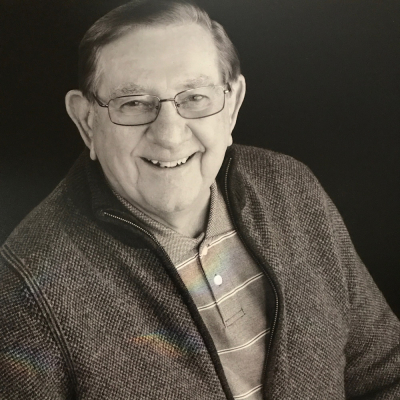 On Monday, May 30, 2022, Ed Burkart, loving husband, father of three children and grandfather of five grandchildren passed away peacefully at age 86 surrounded by family at home. Ed was born on August 4, 1935 in Chicago, Illinois to Fred and Eleanor Burkart. He attended Drake University in Iowa. He met and married his wife, Maureen while in Iowa and their wedding anniversary is 64 years this month. Ed was a salesman and entrepreneur and successfully created a manufacturer’s representative firm which he sold upon his retirement. Ed valued his relationships and had a passion for helping people, in his business, his friends and family. After Ed’s confirmation into the Catholic Church in 2001, he quickly became engaged in service to the church and parishioners. He and his wife Maureen served as grief counselors through the church for nearly 20 years. He was never without a clean joke to tell and worked hard to make sure he didn’t repeat his jokes. Ed is survived by his wife, Maureen, his children Lori, Kathleen (Ted), and John (Valerie) his five grandchildren; Wesley, Mitchell, John Gabriel, Julianna, and Maria, his brother Bruce and nieces and nephews. A funeral service will be held on Monday, June 20, 2022 at St. Augustine Catholic Church, 3999 Bernal Avenue, Pleasanton, CA at 10:30 AM.