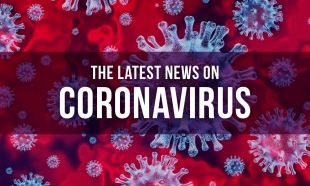 A nurse in Santa Rita Jail has tested positive for the novel coronavirus, the first positive test in the jail, according to jail officials.

However, the test was conducted by a private laboratory that has not yet been approved for the Centers for Disease Control and Prevention, so to confirm the case requires further testing.

The jail will conduct a contact investigation for all the people who came into contact with the nurse before diagnosis. The nurse had worn a mask at work, so risk of transmission was low, according to jail officials.

The positive case follows at least one confirmed exposure and several possible exposures at the jail.

One housing unit was placed in quarantine this week after a deputy became ill and was tested, according to jail officials. As of Wednesday, the deputy's test results were outstanding.

Over the weekend, a homeless woman was arrested in Pleasanton for public intoxication and booked into jail. She was taken to a hospital and tested after she developed a fever.

Alameda County sheriff's spokesman Sgt. Ray Kelly said that he expects her test results to be returned sometime on Thursday.

Alameda County Superior Court Presiding Judge Tara Desautels this week ordered that eight low-risk inmates at the Santa Rita Jail be released early because they were deemed to be vulnerable to getting the COVID-19 coronavirus due to their age or health issues.

The release of the eight inmates means that a total of 322 inmates have now been released from Santa Rita since a shelter-in-place order took effect on March 17.

Last week a judge released 67 inmates on their own recognizance and 247 people who had 45 days or less left on their sentences were released based on an agreement among Desautels, Alameda County District Attorney Nancy O'Malley and Public Defender Brendon Woods, who are concerned about possible overcrowding at the jail.

The inmate releases have reduced the number of inmates at Santa Rita to 2,217, down from its average level of 2,600.

Desautels also issued an order that certain low-level offenders who've been arrested for failing to appear at previously-scheduled court dates be cited and released without spending any time behind bars at this time.

The released people are ordered to appear in court eight weeks from their latest arrest date and meet with their service providers in the interim.

Alameda County Superior Court officials said in a statement, "These orders have been issued with the specific intent to maximize the court's efforts to protect the health and safety of those who work within and interact with the court while also balancing any potential risks to the community."

Alameda County court officials said they already had suspended or continued all civil trials as well as criminal trials in which defendants had waived their right to a speedy trial.

Alameda County court officials said they are working with the criminal bar to set trial dates for defendants who've refused to waive their right to a speedy trial and still remain within the scope of the chief justice's order suspending trials for 60 days.

The first few seconds after awakening; before I remember the virus
By Chandrama Anderson | 0 comments | 3,139 views