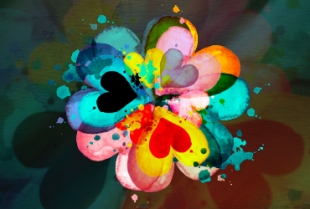 With Valentine's Day on the horizon, we decided to ask a few people around Pleasanton for their thoughts on love. See what they had to say. (Design by Doug Young)