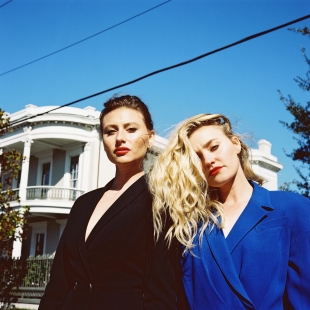 Dynamic sister pop duo Aly & AJ are set to perform at the Alameda County Fair on Saturday, to perform classic hits as well as new ones off of their new EP "Sanctuary." (Photo by Stephen Ringer)