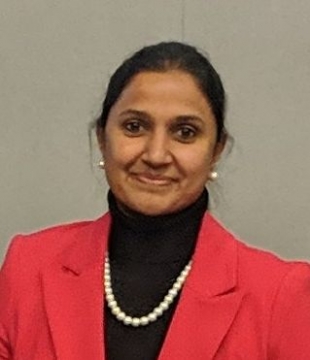 Nini Natarajan, who received provisional appointment to the Dublin school board to fill a vacated term, was removed from the position last Friday after a successful petition from a resident group. A special election to fill the seat is set for June 4. (Photo courtesy of DUSD)

1 person likes this
Posted by faraz
a resident of Another Pleasanton neighborhood
on Feb 4, 2019 at 10:31 pm

Totally unfair :/ [Portion removed due to promoting a website]

While I've heard this petition was done in an effort to give Area 4 residents the opportunity to vote, all comments in favor of this appear to come from supporters of the other candidate that was seeking the appointment. One wonders if that same group would have forced a special election costing tens of thousands of dollars if their candidate would have been appointed. I'm guessing no. If that were the case, they would be perfectly happy with the process. This is not about having the voters select a candidate, it's about a specific group of people wanting a specific candidate put into place.

It is great to hear that 5000 Dublin residents will be able to vote. Three School Board members from one side of town tried to steal this seat by appointing a provisional or temporary trustee, but in this case the law seems to favor the rights of voters and residents won back their right to vote. If residents had exercised this right for the many "insider" appointments over the past decade, we would probably already have a second 2000 seat high school now and DHS would be at 2000 students vs quickly approaching 4000. It is unfortunate, that that during the temporary appointees short tenure she voted to expand DHS 3700 which likely doomed any hope of a full second high school