'An elected official that follows through on her promises, how refreshing,' says Pleasanton Vice Mayor Brown 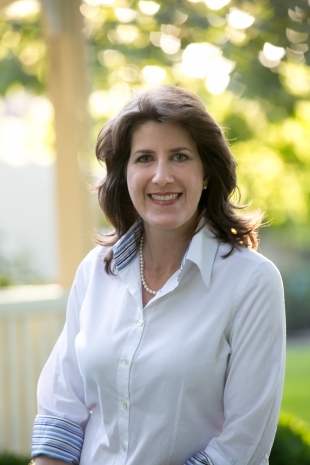 Sounds like a lot of politicans were upset that BART workers went on strike, but Catherine was the only one with enough balls to challenge the union head on. Good for her! Now she needs to go after companies like Southern California Edison that layoff California workers and replace them with H-1B workers from India. Close the H-1B loopholes that are allowing companies to replace experienced technical workers with cheap untrained labor. It is morally replusive that the common practice is for companies to layoff workers and give them a severance package but only if they train their replacements. Geez, doesn't anyone with a brain in Washington or Sacramento realize what this is doing to America?

8 people like this
Posted by Registered Joe
a resident of Another Pleasanton neighborhood
on Feb 24, 2015 at 4:25 pm

Kudos to her for following up on a campaign position so shortly after being elected. The legislation will probably not be adopted by the larger body in Sacramento, but that's really a statement about the general collusion that exists between elected officials in California and the labor unions that support them. County-wide, I think her proposal would stand a decent chance of approval.

J, yes, legislation by itself would not prevent a strike. The union employees could still walk off the job in a wildcat action (or cause a sick-out or a slow-down, as we saw in the recent Port workers' conflict). But legislation making it illegal for "essential workers" to strike would certainly raise the stakes and limit the BART unions' willingness to strike.

Let's make both parties responsible to prevent strikes. Management and the BART BOARD also need to be held accountable to work for solutions that mutually benefit all parties. Like what Baker is doing but needs the Management accountability aspect as well.

Report Objectionable Content
Email Town Square Moderator
4 people like this
Posted by Al
a resident of Valencia
on Feb 25, 2015 at 9:56 pm

Catherine Baker will not get this past the Democratically-controlled legislature. She doesn't even understand the issue. Don't even try to explain your hyperbole logic. Her bill is poorly written. This isn't Wisconsin and most smart Californians support the right to organize and freedom of expression. Baker is another Scott Walker introducing divisive measures. She should focus on other more constructive and realistic measures. Go back to your single millionaire donor and ask him what other bills he would like her to pass.

Report Objectionable Content
Email Town Square Moderator
4 people like this
Posted by Rick D
a resident of Amberwood/Wood Meadows
on Feb 25, 2015 at 10:13 pm

This bill has absolutely no chance of passing the legislature. At least Steve Glazer gave this idea some thought by adding the binding arbitration requirement to his "no-strike" measure. Baker's bill is poorly written and is a blatant anti-union bill a la Steve Walker. Her bill states that if BART is paying its workers then they can't strike. Huh? If they're on strike, they're NOT getting paid. Health insurance is paid by the month so if they went on strike in the middle of the month, they'd still be covered. It sounds like she haphazardly introduced this bill just to fulfill her campaign promise but in reality doing a disservice to her supporters because it will definitely get killed by the Democrats. Of course, the Republicans will support it because they hate unions and in their world there's no middle ground.....just winners and losers.....which is why they'll never regain power in California.

Report Objectionable Content
Email Town Square Moderator
2 people like this
Posted by Registered Joe
a resident of Another Pleasanton neighborhood
on Feb 26, 2015 at 8:29 am

First, Baker's bill proposes to, in the event of contract expiration, to extend ALL the terms and conditions of whatever contract was in place between BART and its unions, including pay, benefits, and the right to strike (or not to). This is an incentive to get the parties to the negotiating table earlier to avoid the situation where the contacts have expired before new ones have been agreed upon. The unions have been exhibiting bad behavior by cherry-picking the terms of the old contract, using the logic that they can do whatever they want since the contract has expired. The accept the pay and benefits of the old contract, but reject the no-strike clause. Baker's bill would fix that. All or nothing.

Second, a more comprehensive bill would be one that labels BART union employees as essential workers, like police and firefighters, and denies the right to strike. Most Californians accept the idea of essential workers, and support this.

Third, neither bill would pass in Sacramento in the current political climate. Baker's bill, lesser in scope that the more comprehensive bill, has a better chance of passing. It's actually quite reasonable. Most people in her district support a measure of this type, else she wouldn't have been elected over Tim Sbranti in the first place. Voters saw the collusion between Sbranti and the unions and voted for somebody else.

I'd like to see Baker's bill continue to be discussed, as it is here, thank you very much. Once people understand the issues, I think they'll agree that it's reasonable, and that an essential-worker type of classification is also reasonable.