Uploaded: Oct 6, 2022
Corporate executive James D. White speaks and writes bluntly when it come to racism he’s encountered in the United States corporate world.
Addressing the San Francisco Business Times annual Tri-Valley gathering last week as the keynote interview, he started by reading the first paragraph of the book he co-authored with his millennial daughter Krista White, “Anti-Racist Leadership, How to Transform Corporate Culture in a Race-Conscious World.”
He said and it read, “This book is not apolitical. This is book is explicitly pro-Black, pro-LGBTAIA+, and feminist. This book takes the stance that Black Lives Matter, that LGBTQIA+ rights are human rights, that people of all abilities deserve respect and access, and that people of all genders have the right to sovereignty over their bodies and identities. This book acknowledges that capitalism is built on a foundation of systematic racism and that to have a truly diverse, equitable, and inclusive work environment we must acknowledge the historic and present injustices faced by marginalized people.”
Any questions?
White, who lives in Pleasanton with his wife, speaks from personal experience. He’s the first member of his family to graduate from college and spent more than 30 years in the corporate world. Talking with publisher Mary Huss, he recounted his first sales territory for Coke in Missouri near where she grew up. A Ku Klux Klan headquarters was closed the week he took the job and several cities in his territory were so dangerous that, as a black man, he was strongly advised not to be there after dark.
He advanced in his career until he took the CEO job at Jamba Juice and pivoted the company from a smoothie shop to a global health active lifestyle brand. Previously he held executive roles at Safeway Stores, Gillette, Nestle-Purina PetCare and Coca-Cola. He has been named the San Francisco Bay Area’s “Most Admired CEO,” and is the leading voice for equity, inclusion and diversity.
When he was writing the book and shared the concept with the editing team, he was advised that if he went ahead and would have no more work with corporate America. That person missed completely. He and his daughter started working on it in 2019, pre-pandemic. 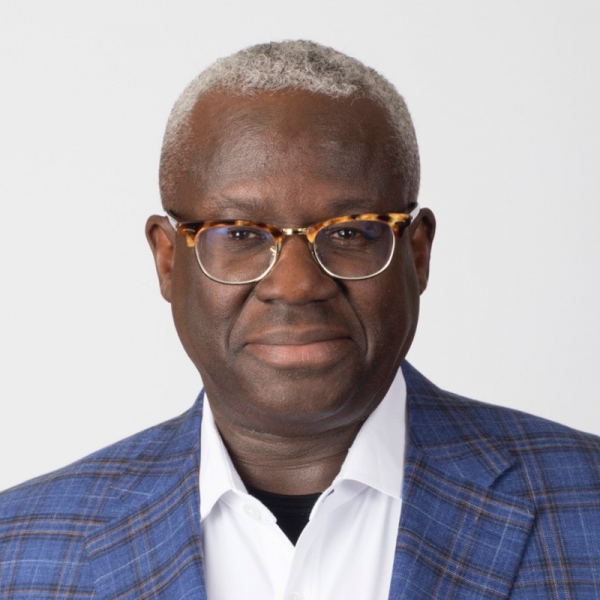 He told the San Ramon audience that the thesis of the book is for a corporation to change, the CEO must lead it—it cannot be delegated. And that work must include drilling down into the system and processes, both formal and informal. For instance, doing business on the golf course. For White, that was something he knew nothing about, yet it was embedded in the culture. In my experience, I strove to get my publisher or advertising vice-president into a golf cart with a potential client in a charity tournament we sponsored. Great connections were made over five hours in a golf tournament that our company helped showcase.
White also pointed out that those systems tended to promote white people based on potential while he had to prove his worth. He cited one of his promotions that came after he was running 70% of the company.
I accept his experience in the corporate world because he lived it. I agree with him that all people should be respected, although I may well part ways when it comes to identifying pronouns and calling people out because they fail to use the right pronoun. I believe we are all created by a loving God and I also believe God’s word is the truth to guide us today—male and female with no additional pronouns.
After hearing White, I would love to see him in a conversation with former Marxists turned conservatives Shelby Steele or Thomas Sowell from the Hoover Institute or Robert Woodson.
That would be a fascinating evening.

Pton Resident is a registered user.

Doing more with the natural spaces we have
By Sherry Listgarten | 7 comments | 2,704 views

The future of homework
By Monith Ilavarasan | 0 comments | 294 views