Is Costco finally clear to build in Pleasanton?

Uploaded: Mar 17, 2022
What’s next for the Costco warehouse store and two hotels planned for Johnson Drive in Pleasanton?
Last week, the court of appeals denied the petition by Matt Sullivan and his group, Pleasanton Citizens for Responsible Growth to overturn the superior court decision that upheld the city’s environmental work as sufficient. The group, which has delayed the project since it was approved by more than 60% of Pleasanton voters in 2016, can appeal to the state supreme court, although a different outcome is not likely.
When I posed questions earlier about the project, Sullivan emailed me that Costco would “never” be built in Pleasanton. Just what other roadblocks he can put up are an open question. He told the Pleasanton Weekly his group was studying all of their options.
The city and Costco have been moving ahead on the project, which will require major improvements to the northbound interchange at Interstate 680. And nothing I have seen has changed the enthusiasm for many residents to see the store built and eliminate their trips to Danville or Livermore.
With three members of the City Council having set district boundaries for the seats in November, it sets off a search to find candidates who live in Kathy Narum’s district on the westside of Pleasanton. She’s termed out in November so that will be an open seat. In contrast to the last election where several candidates emerged, typically it has not been easy to convince people to run for council, regardless of where they lived in town.
The boundaries that Mayor Karla Brown and councilwoman Julie Testa and Valerie Arkin approved divided southside neighborhoods such as Ventana Hills, but also kept Testa and Councilman Jack Balch from being in the same district and potentially running against each other. Narum and Balch opposed the motion and preferred another option that divided along major streets and would have pitted the councilmembers if both sought re-election.
Two writers offered a thoughtful guest opinion to the March 4 edition of the San Francisco Business Times. Lawrence McQuilllan and Hovannes Abramyan suggested that when the expected flood of federal infrastructure money hits BART, it should not be used for expansions. Instead, they argued for focusing on the existing system with updates and necessary maintenance. Their core argument is that mass transit such as BART is designed to serve major job centers and there’s no telling if downtown San Francisco will return to such status. Major employers there have been shedding Class A office space as remote work or hybrid models are demanded by employees. Given the employees’ market that exists today, companies who are not flexible could see an exodus. The pandemic has resulted in many people re-evaluating their lives or as one person put it: their life-work balance, flipping over that familiar term to put the emphasis on their priorities.
BART ridership is just at 28% of pre-pandemic levels and coming back much more slowly than other transit systems across the country. The same for occupancy in both San Francisco office buildings and hotels.
Salesforce had about 1,000 people out of its 10,000 people in its San Francisco office recently—a big number but just 10% of capacity. San Francisco Mayor London Breed and her administration are doing all they can to encourage companies to bring back employees, but the arithmetic is working again them. A long commute plus a hefty parking fee if people drive as opposed to two hours more at home and the flexibility that comes with it. And that doesn’t include the option of riding a potentially crowded BART train at peak hours.
The jury is truly out on what the downtowns will be like five years from now—it’s anyone’s guess, but that should warrant a major re-examination of major capital improvements and the assumptions they’re based on and a time out to see what evolves.

It seems an argument can be made that unrelenting litigation by Matt Sullivan and his supporters have engaged in unfair competition.

Act of unfair competition are generally characterized by deception, bad faith, fraud or oppression - the competition is such that the victim is thwarted or prevented from successfully engaging in trade.

Perceived as being against public policy because their tendency to unduly hinder competition and affects the greater good of the public.

Report Objectionable Content
+   8 people like this
Posted by Jake Waters, a resident of Birdland,
on Mar 17, 2022 at 9:27 pm
Jake Waters is a registered user.


Why has Matt Sullivan been so relentless? What is in it for him? How does he benefit? What is the position of our Mayor? She is awfully quiet. She doesn't exude confidence that she supports the majority of citizens who voted for this development. Is she connected to Sullivan? Was it his letter of support and recommendation for city council in 2012 when he left? Can the city file an injunction against him to cease and desist? This is like harassment. After all, he's one vote against 60% of us who want Costco. This guy is wasting our tax dollars on frivolous issues. He has to have a very important client he is representing, because he isn't doing this for Pleasanton. P 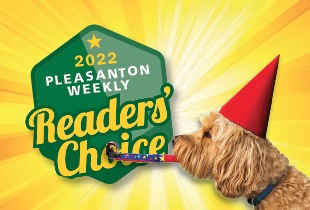