The Kaye's leave a great legacy in the valley

Uploaded: Jul 5, 2018
The Tri-Valley will lose a dynamic couple who moved here to be closer to family when they leave in August to chase their family to the Portland area.
Ted and Dale Kaye leave an impressive legacy for the 12 years they lived in Pleasanton. Both worked initially in Livermore—Ted as the founding executive director of the Las Positas College Foundation and Dale as the executive director of the Livermore Chamber of Commerce. 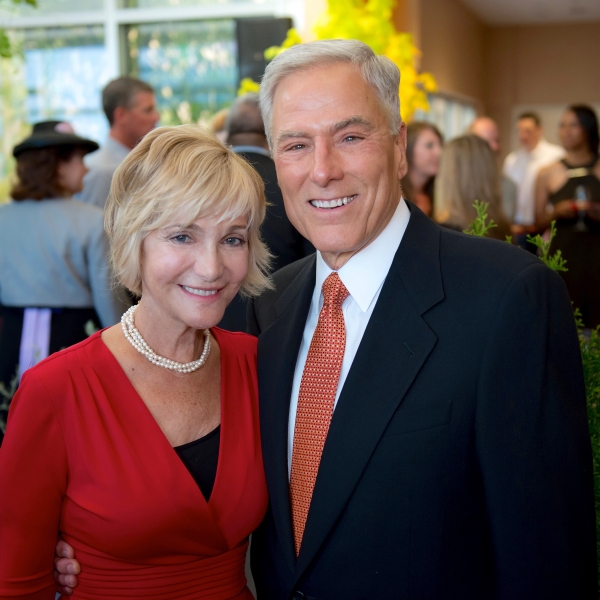 Both came here with ties to Hollywood and the entertainment world: Ted spent his career as an executive with the Walt Disney Co., while Dale has a varied background—moving from a journalist into state and local politics in Florida and then working in the film business. They have a common trait—the drive to build something.
During Dale’s tenure at the Livermore chamber, she used her connections to the entertainment industry to establish the film office and the film commission that includes representatives from Livermore Valley cities and the independent film festival. She also, using largely in-kind donations, transformed the chamber’s annual installation event into a genuine gala.
One key part of that is Jody Amos, of Amos Productions, who produced the event. She readily compares his skills, given in exchange for a sponsorship, as equal to those of counterparts in Hollywood. The chamber also established an Hispanic division, helped by bilingual staff member Martha Espinoza.
As important as her leadership was at the chamber, it’s the establishment of Innovation Tri-Valley Leadership Group that will be her legacy. While CEO of the Livermore Chamber, she organized a 2010 conference with a U.S. Dept. of Commerce official. During the event, Marty Beard, president of Sybase (headquartered in Dublin at the time) observed that if the Tri-Valley is so good, why doesn’t anyone know about it.
That sparked two years of study to set the vision and align a plan to it. Sybase (SAP), Chevron, Lawrence Livermore National Laboratory and Sandia National Laboratories were the founding organizations. They launched in 2012 and Dale served as CEO of both groups until 2016 when she went full-time with the Tri-Valley group.
One initiative was to brand the Tri-Valley as an innovation region with more than 450 companies on the cutting edge. Backed by senior officers of many of the area’s key companies, Dale has aggressively advocated in the public sector for housing and infrastructure improvements.
The organization’s education committee has established the summer boomerang program where member companies offer summer internships to talented college and high school students. They do meaningful work instead of flipping burgers with the goal of providing a talent pipeline.
Kaye launched innovative programs including the annual #GameChangers Awards for business leaders, DreamMakers and RiskTakers Awards for youth, and the first Innovation Forum, an annual conference showcasing new ideas and technologies emerging from the region.
In a press release announcing Dale’s retirement, Congressman Eric Swalwell was quoted, “Congratulations to Dale Kaye in her hard-earned retirement, which is a state of life I expect she will re-define for all of us. I grew up in the Tri-Valley and have seen a lot of newcomers move here; I’ve never seen someone learn our area and connect with our community as uniquely as Dale has. Dale loves people and solving problems."
The release also included comments from four-year chairman John Sensiba and Kaye.
“Successful startups require a visionary leader,” said Sensiba. “Dale provided ITV with the vision and energy to survive the startup phase and to become a meaningful contributor to the Tri-Valley community and beyond. The collaborative and inclusive nature of ITV directly reflects Dale’s humanity and attracts like-minded individuals and organizations that perpetuate the virtuous cycle she initiated.”
“Innovation Tri-Valley Leadership Group was born because of the collaborative nature of the Tri-Valley,” says Kaye. “It grew because of its mandate to create an ecosystem of innovation and empathy. It flourished because the visionaries on our board are instinctively entrepreneurs with bold new ideas.”
Lynn Naylor, who joined the group last year as COO, will take over as CEO in August. Among her prior positions was executive director of the Livermore Valley Winegrowers Association and Foundation. Having worked with both Dale and Lynn in my professional roles, I am confident that Dale is leaving the organization in great hands.
Ted retired from the foundation a couple of years ago after guiding it for 11 years. He established the successful annual fundraiser, The Best of the Best and made it work before the college built the Barbara Fracisco Mertes Performing Arts Center.
He insisted that contributions to the foundation were “investments” because that’s what donors were doing—investing in the future of other people.
Kaye also worked with David Mertes on the $6.85 million estate gift that resulted in naming the arts center for his wife, Barbara, the first Las Positas dean who loved the arts. Both David and Barbara spent their careers in the community college system with David advancing to state chancellor before retiring to pour himself into the community. He was one of the founders of the Las Positas Foundation.
One story that Ted and Dale related that demonstrates her creativity. They met for the first time at an NFL owner’s event in Orlando where Ted was working for Disney. Dale and a team were trying to lure the Super Bowl to Jacksonville (about a 90-minute drive from Orlando). So instead of trying to convince the owners to go to Jacksonville, she rented a street in Disney World and brought the city to Orlando. They got the 2005 Super Bowl.

HelenBrun is a registered user.


You need a resume anyway if you are want to get a job. Even if getting a job is like your future dream now, you need a resume. Look at https://top5resumewriting.services/careersbooster-com-review/ to know more about it, but I can tell that I start to work on my resume at university and happy about that. Your resume will be changing constantly as well as yourself and you should be to make it unforgettable.

Report Objectionable Content
Posted by joseph mac, a resident of Diablo,
on Jul 7, 2018 at 2:08 am


that great the kayes [URL]Web Link a legacy in valley. we are looking forward for it.

Report Objectionable Content
Posted by minimil, a resident of San Ramon Valley High School,
on Jul 7, 2018 at 2:10 am


thats a great thing that it happened really feeling happy for the thing. Web Link

The future of homework
By Monith Ilavarasan | 0 comments | 909 views