Uploaded: Oct 19, 2017
For the last three days, the Contra Costa County volunteer search-and-rescue team has been working on recovery efforts in Santa Rosa neighborhoods destroyed by the wildfire. Nick Vleisides, the community chaplain for the department and the San Ramon Valley fire district, joined them Tuesday and Wednesday.
I talked with Nick Wednesday evening as he was preparing to drive home. He has spent two days with a team going through four neighborhoods in the Santa Rosa area.
“Everything was burned to the ground. We were in a subdivision with 1,000 homes yesterday (Tuesday) everyone was burned to the ground. Only hard metal—ovens, water heaters, appliances, cars were left,” he said. 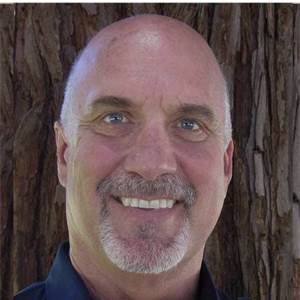 They were going home to home, hoping not to find any bodies because there are still more than 50 people missing on the Sonoma County Sheriff’s Department list. In addition to being alert for remains, they also were trying to secure anything valuable before residents are allowed to return to the neighborhood. Authorities were mindful of potential looters. Nick thought residents might be able to return Thursday or Friday.
The returning residents will find very little other than metal in burned homes that were incinerated in the firestorm.
“Some of the scenes are very dangerous and hard to sort through. The debris field in the homes is not safe. There’s 2-3 feet of debris—ash and hard objects. It’s like walking through snow,” Nick said.
Thinking ahead to the residents’ return, Nick observed, “It’s crazy. Searchers are all one step removed from the people. The people have been out of their homes and have not been back (since early Monday morning). It’s going to be quite an emotional event for first-responders. Right now they are dealing with the scene, but not emotions of the people when they go back in. “
One of the more amazing scenes they came across was a burned-out car in the center of a neighborhood park. Apparently, it had been tossed in the air by the tornado-force winds of the firestorm and then fell into the park.
One of the Contra Costa teams, using a dog, found what they thought were human remains. Visually, they could determine nothing, but when the forensics team got there, they found a bone fragment. That’s how intense and devastating the firestorm was Monday morning.
The opposite occurred when a team found a cat alive. Nick said there were lots of smiles when they found life.
Nick’s role as a chaplain is to be there for the first-responders. He spent a couple of hours at the massive Sonoma County fire camp visiting with San Ramon Valley firefighters who were there. The camp housed 4,500 firefighters at its peak. With the search and rescue team, he does a debrief at the end of the day, sharing how to mitigate their emotions and guard against mental trauma.
For more information on Nick and his ministry to San Ramon Valley and Contra Costa County first-responders, please see:

Thank You for your good deeds.


the XDA Developers discussion forum or APK Mirror for downloading and https://playstoreguide.com possible clients obtain the alterations to the formerly.